The majority of people visiting Hawaii are looking for a postcard-perfect tropical destination, and that means blue skies and sunshine, so getting great weather when visiting Oahu is obviously very important. So most people then want to know when is the best time to visit Oahu to get great weather? Fortunately Oahu and Hawaii, in general, have a very good climate and receive a large amount of sun and high temperatures year-round. But, of course, some months are better than others. Read on to see what we think is the best month to visit Oahu. But rest assured that any time is a good time to be in Hawaii.

Oahu enjoys a warm tropical climate. Year-round temperatures are high, even at night, and most days will see periods of warm beautiful sunshine. Being a small island in the middle of the Pacific means the oceans also help cool the islands meaning even at its hottest Oahu is rarely TOO hot.

It’s not all good news though. See all that beautiful lush greenery that makes Oahu and true island paradise, well that requires an awful lot of water to keep it lush and beautiful, and that water comes in the form of rain. It’s a safe bet it will rain at some point on any Oahu trip. The good news is this rain normally comes in the form of short sharp showers and often overnight and is mainly concentrated up in the mountains. Rainy days are rare, although do happen. You can See from the Above Image where Rain mainly falls on the Island.

The Climate of Hawaii is dominated by the trade winds that blow steadily over thousands of miles of open ocean uninterrupted. These then hit the islands of Hawaii and the mountainous terrain lifts the moist air up from the ocean causing clouds and rain to form.

Hawaii’s tropical climate doesn’t really have seasons in the conventional sense. The Depths of a Hawaiian winter, as you can see above, are dominated by warm pleasant temperatures. That said it’s often easier for people to understand if we talk about the universally understood concept of seasons.

The summer can be affected by hurricanes ( see below) and tropical storms which could bring more prolonged periods of poor weather. These are rare and unpredictable though so you are unlikely to be affected.

A very important feature of Oahu’s weather is the many microclimates. As a whole, the weather in different parts of the island can be completely different. With the exception of a large storm or cold front, it can be, and often is raining on one part of the island but beautiful and sunny on another. This is caused by the mountains creating rain by lifting the warm moist Atlantic air. The upshot of this is you can always chase the sun and move to a beach where the sun is shining. However, it also makes weather forecasting incredibly difficult as you can never be sure where the cloud and rain will form. Which can mean the daily forecast can look pretty rubbish, showing rain all day. However this often just means showers and most of the day will be hot and sunny.

Tourist Forums and Traveler Boards are filled with people desperately asking about terrible forecasts! “Help it has given rain every day of our trip!”. The reality is this is just the tropical climate of Hawaii and most of the day will be stunningly warm with Sun and deep Blue Skies, and the odd shower.

Summer in Oahu is pretty much as you would expect, being the warmest and driest season. However the temperature never really gets out of control. While it can feel very warm it rarely gets up too high. The cooling sea breeze’s keep things reasonable even on the hottest days. Although in the City things can get a bit stifling. Rain can be expected most days but, expect it to be brief. Any shower will feel more like a blessing in Honolulu, and earn the charming nickname, “little blessings”.

The Summer months are busy as you would expect, so expect attractions to be booked, queues long, and prices high. There is no chance of any whale watching either which can be disappointing. Really despite having arguably the best weather Summer really doesn’t have that much going for it compared to the other seasons. It is still a great time to be on the Island though, and the most popular, mainly due to having the most stable weather.

Winter is the coldest, rainiest season so you may be surprised to hear it’s also one of the busiest! Why? Because cold and rainy Hawaiian style is probably very different from what you are used to! Most days are still very warm, dry, and sunny. Oahu is genuinely a year-round beach destination. It is also very popular with people trying to get some respite from their own genuinely cold winters, Northern Americans and Canadians flock to the Hawaiian Sun in the winter as their winters bite. Humpback whales also flock here, heading down from the artic to sun themselves in Hawaii’s balmy waters.

If you can stomach the crowds and the price hikes Winter is a fabulous season to visit.

Spring in Oahu, is not really very different from Winter, in terms of weather, the Temperature gradually creeps up from its already high point as the long days get a bit longer. The winter rain, again begins to lesson, and the lush greenery is usually at its lushest, with lots of cool waterfall activity in the mountains.

Winters Crowds continue into March before falling off in April and May, where bargains can be had despite the still fantastic conditions. In fact, the only problem with late spring is the gradual disappearance of the whales. It is a wonderful time to visit the Island.

In a reversal of Spring, Autumn sees the temperatures slowly ebb away from their summer highs, However, September can be as hot as August! The rains will start to return, but like the rest of the year, they are mainly localized in the mountains and only short-lived in tourist areas.

For some reason, the crowd levels fall away to their lowest, and flights and hotel prices reflect this. Making Autumn / Fall a fantastic season to visit the Islands. The weather really doesn’t reflect the reduction in visitor numbers which is far more to do with schools reopening after the summer break. Late Autumn also coincides with the arrival of the first Whales of the year arriving from their summer feast in the Arctic.

As you can see there just isn’t a bad time to head for the island paradise. Where ever you are in the world you can be sure it’s better to be in Hawaii!

Oahu isn’t Disneyland and unfortunately, there are few weather hazards you should be aware of. The Sea can at times seem so benign and sedate but It is a big Killer on the Island and when it turns nasty it pays to just stay away. Attention should always be paid to the weather reports as dangerous conditions will be flagged up.

Oahu is basically a Rock right in the middle of nowhere ( with a few other rocks for company) so it’s unsurprising wind plays a large role in the island’s weather. It can get very breezy indeed. Most of the time the Sea breezes bring a pleasant cooling to the shores, but at times they can get up. This will bring Large Swells that destroy Snorkelling conditions and make surf conditions really expert only. High winds are more prevalent in the winter months but can occur anytime. It can have a large impact on your trip if water sports are high on your list of things to do. Boat trips may be canceled and you can be left with on-land activities only.

The good news is Often one side of the island will be less affected depending upon direction. Normally you can find some cove or beach that is less affected and enjoy snorkeling there. Hanauma Bay is renowned for have decent conditions almost year-round as it’s a very sheltered cove.

We have mentioned a few times Rain is a nearly constant occurrence on Oahu, It rains almost every day somewhere. But it shouldn’t ruin your day as it’s often short-lived. However, it can rain in a more meaningful way. Heavy rain can cause Flash Flooding and landslides closing roads and Turning streams into dangerous torrents. Keep an eye on the weather as any trouble will be flagged up and warnings issued. It’s worth remembering flooding can occur even when it’s not raining in your area as heavy rain in the mountains only has one place to go.

It’s worth mentioning that the Islands are quite close to the Equator, and the sun can be very strong. Combined with the cooling Pacific breezes this is can be a perfect recipe for severe sunburn. The sun should be avoided at midday and use a strong sunscreen. Sorry for the “dad” talk, but really it can be very easy to get badly burnt.

Hurricane season runs from 1st June until November 30th and within that period (and even outside) the Hawaiian Islands can be affected by hurricanes. An actual hurricane making landfall on Hawaii is quite rare, although storm remnants and near misses are more frequent. Only 3 hurricanes have hit the islands in the last 70 years (+ 6 tropical storms). However, It is still a real threat that should be taken seriously. But really that only extends to ensuring you have insurance in place just in case flights are canceled. The likelihood of being seriously affected is very slim. the worse you are likely to face is a period of very poor weather and high winds and surf as a storm track close to the islands.

Also, Oahu along with Kauai are least likely to be impacted by a tropical storm as the Big Island often influences the track of the storms so they miss the Islands.

Weather is so important to any tropical holiday but the weather is so consistently great in Oahu that you have to be unlucky to not get some really good weather. Even if you are there for a storm it will pass and clear up. Really the best time to visit the Island is the time that suits you. Oahu is there waiting for you any time of the year so book your holiday around your life.

Got something to say about our Oahu Weather Article? Please leave a comment below. Maybe you were unlucky and got a run of poor weather? Maybe your experience didn’t match our advice? Maybe you got the gorgeous tropical paradise weather we predict! Let us know we would love to hear from you. 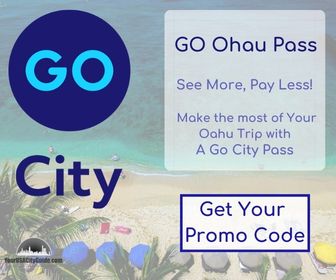