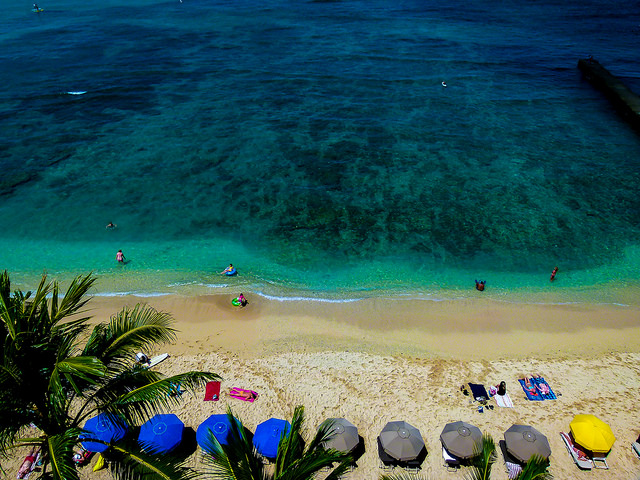 The humble Mai Tai is one of the oldest cocktails out there and has become quite outdated and a bit Clique, a tired old muddle of tropical fruits and rum. However, we are of the opinion this is due to the mixed messages of what a Mai Tai really is as the true authentic Mai Tai has become watered down over the years. The True Mai Tai is still a fantastic cocktail and one that brings boozy joy to all who sample her. Nowhere is this more apparent than in Hawaii, where the Mai Tai is still taken very seriously and is our first choice of drink in any establishment and goes a long way to our judgment of the Bar or Restaurants Expertise.

Our Ultimate Mai Tai Recipe is perfect for rustling up your own Authentic Hawaiian Mai Tai’s at home, or back at your Hawaiian Condo Rental as a great way to save a little cash. We just can’t get enough of these while on vacation so being able to whip our own to sip as the sun dips into the Pacific.

When in Hawaii we are more than happy to bar hop around the islands sampling the finest Mai Tais in the world, but once off the island the craving for the delicious one does not diminish, however, our ability to source a decent example does. We find most bars and restraints outside the Island State are pretty clueless when it comes to the Mai Tai. Offering flaccid concoctions of different fruit juices mixed with rum. All in All, we just tend to avoid and dream of those Island Beaches. However, when the craving really takes hold we head to the Liquor Cabinet and whip up our trusty Classic Mai Tai mix.

The Classic Mai Tai dates back to 1944 and Trader Vic, who opened a Tiki Bar in Oakland in California, Despite originating outside of Hawaii it was quickly adopted by the Polynesian State and became entrenched as Tiki Culture spread across the Islands. It is now Umbiquous with the Islands and one of the things we most miss when not there (apart from the Beaches, Poke, the Sun, Turtles, etc)

Very basic equipment is needed to whip up this classic version of the cocktail, simply a nice serving glass, something to measure fluids, and a Cocktail Shaker or simply a mixing jug. A Citrus press makes things easier but is absolutely not required as you can squeeze limes by hand.

The key ingredient is Rum. We always use Gold Rum or Spiced Rum as we find the flavor of white rum interferes with the drink too much. Other than that, we see little reason for using top-shelf rums. We don’t use super cheap liquor but something along the lines of Bacardi Gold or Spiced or a similar brand of that level is fine. We like our drinks STRONG so we use big measures, these can be toned down slightly if you prefer a milder drink.

The Dark Rum is used as a float, a dark layer of pure liquor poured on the top to create a visually appealing look and a first sip that takes you straight back to Hawaii. Dark rum is the hardest to get hold of and while not strictly required we just find Mai Tai’s without that dark rum float a little flat. It is not included in Trader Vic’s original recipe but the drink has evolved so we feel it is almost essential.

There are two types of Dark Rum and regular Dark Rum will not cut it. It has to be Black Rum. And this can be hard to get hold of outside of Hawaii State. In most Hawaii Supermarkets you can pick up own-brand Black rum or try the following if you can find them.

Outside of Hawaii, the base juice is often Pineapple or tropical fruit juice as they feel that evokes images of Hawaii, and for many who have never sipped Mai Tais on the island then it probably does, but once you have had authentic Hawaiian Mai Tai’s it completely misses the point. It has to be lime juice, plain and simple.

We tend to use Fresh Limes for best results, squeezed directly before making. 1 lime will provide the required juice for one Mai Tai. You can use Bottled Lime Juice, but this is inferior and we are making Ultimate Mai Tai’s! If you are stuck, remember Bottled juice is always stronger so use less and add in a dash of water.

Up until now, we have Lime Juice and Rum, as you can imagine that would make for a very horrible Sour concoction so we need to sweeten things up, and here is where we start that process. Orange Curacao and Triple Sec are basically the same things so whatever you can get hold of, try and get a good proof as the cheaper ones are weaker, sweeter, and with a more artificial orange flavor. The Bols versions work great but the store-brand versions are fine. Cointreau is a premium liquor and works great but is quite prices when the flavor is lost a little in the Mai Tai.

The Triple Sec adds sweetness and an orangy hit that starts to elevate things to the next level.

The Often forgotten ingredient in Mainland Mai Tai’s and really this is what MAKES a Mai Tai a Mai Tai. The syrup-sweet almond taste is exactly the thing that makes them, “delicious”. It’s the part you can’t quite put your finger on that elevates it to the next level and makes you crave more.

Orgeat Syrup is a sweet Almond Syrup but has notes of Orange and Rose, however, the overriding flavors are Almond and Sweetness. The sweet, almond flavor contrasts the lime perfectly and turns the bland list of ingredients on its head, and makes the Mai Tai the stand-out cocktail it really is. It is the uniqueness of the flavors that make it so more-ish and why when Mainlanders try and call a tropical fruit-punch a Mai Tai it falls so utterly flat!

Some recipes, especially commercials replace part of the Orgeat Syrup for Simple Syrup, this is a cost-saving exercise, Orgeat Syrup is expensive but simple Sugar Syrup is cheap. The drink is infinitely better if a full measure of Orgeat is used. We have also found that in the Absence of Orgeat Basic Almond Syrup is fine, you will never pick up on the rose Flavor and the orange is lost next to the Triple Sec.

Bitters are used by many Bars and Restaurants but they are absent from any classic recipe such as Trader Vics, we are easy about them, fine if you must, but not required. Certainly do not put off making a Mai Tai due to a lack of bitters!

Garnishes are completely optional but really if there is not a slice of Pineapple on our Mai Tai we are not happy bunnies! We slice thin then cut a nick into the slice to slide onto the rim, always leave the skin on for effect.

A final flourish if you must. We highly recommend a cherry on top, but that is mainly for our love of cherries than any real need!

Most recipes we see short use short measures. These add up to a drink that is only 4oz, to fill a highball glass or any decent tumbler will require a lot of ice, this dilutes the drink and means you are basically drinking water by the end. This is great for Bars that are selling ice at $15 a glass, but we want a little more drink thanks! Our recipe offers a more realistic 6 oz of fluid which will fill a glass with only 5 or 6 good ice cubes!

A very easy cocktail to rustle up, apart from the fiddly Lime Juicing. Simply add all ingredients bar the Black Rum to your shaker, Mix thoroughly and pour over the Ice.

To make the float, allow the drink to settle then gently pour the Black Rum onto a floating ice cube allowing it to fill the top of the glass, Due to the Viscosities of the two fluids, the rum Readily floats and this process is very forgiving.

The Final Two ingredients are Sunshine and A beach, but in the depths of winter, this can be a really tall ask! We settled for a Maui Sunset Photograph…a very poor substitute!

Have you tried our Ultimate Mai Tai Recipe? How did it work for you? Did it bring memories of the Hawaii flooding back? or just make you miss them even harder? We would love to hear your take. Also as Cocktail recipes are such a personal matter we anticipate this recipe may antagonize some so if in YOUR opinion we have done something wrong, let us have it. This is all in Our opinion so you might heartily disagree, and that is fine! Just let it all out in the comments!

Of course, if you have any questions just fire away in the comments and we will help you out however we can. 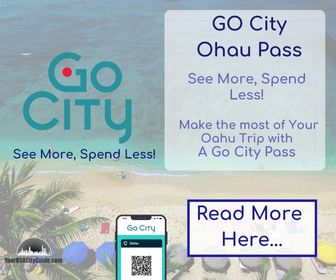