Today was to be another Relocation day. Possibly our shortest driving day of the trip as we were only heading for Akureyri, less than 85km away. We have done longer backtracks than this and even covered more than that yesterday going back and forth.

This meant a fairly steady morning, with a nice breakfast with the cows before hitting the road. We still had a few points of interest to see in the Myvatn area so headed straight to Dimmuborgir for a short hike.

Dimmuborgir is an alien lava landscape that is well worn in local legends. This is home to the Yule Lads, Iceland’s bizarre Santa Claus legends. They were not home today which is a bit of a relief tbh as it all seems a bit bizarre.

The Hulking Lava formations are also said to be the sleeping remand of giant trolls and it’s not too hard to see where that legend comes from.

Next on the list was Hverfjall. A near-perfect Volcanic cone that sits proudly on the Myvtn skyline. The Weather was not overly kind today, again the low cloud had come in and we saw little point hiking up when there would be little view from the summit. We just admired the Crater from afar.

We then Visited the Grjótagjá Caves. Here the earth is tearing itself apart and the scar on the landscape is pretty impressive. The Caves are filled with steaming hot clear blue water and were used as the set for an intimate love scene in Game Of Thrones between John Snow and his lover Ygritte. We are big fans of the show, well I am, so had to hit this spot up. It is a shame the caves have heard up so dramatically in recent years as this used to be an epic swimming location.

From here we followed the road around the bottom of ake Myvatn, stopping to explore the Psudocraters before picking up Route 1 again and heading for Akureyri.

Along the way, we stopped at Godafoss, the God Of Waterfalls. And being completely honest we were a little “oh look another waterfall” The weather was not playing ball at this stop and rain was hammering down so we were not overly excited at the prospect. We hated that we getting a little blaze about things but we had seen an AWFUL lot of waterfalls by now. And while Godafoss was really pretty, in this weather it was a little flat.

We decided to shelter inside the cafe/gift shop and wait a while to see if the rain cleared. The Cafe was not much but they had Pizza for a fairly reasonable price and we missed out yesterday. It was not the finest Pizza we have eaten, little more than a cheap supermarket job, and cost around $13/£10 but we had a lovely view of the falls and were warm and dry. By the time we finished the rain had passed so we wandered over to the falls for a few shots.

We then jumped back in the car and headed for our hotel. Hotel Sveinbjarnargerdi. As this is on the peninsular opposite Akureyri, it made sense to avoid the toll tunnel and head over the mountain pass. From the top, we got stunning views out over the Fjord and our first look at the Arctic Ocean!

We were quite early at the hotel, well before check-in, and planned on heading into Akureyri for an explore, so we popped in to see if our room was ready, which it was. We unloaded and checked out our North Facing room, perfectly placed for a Lights Show this evening. Then hopped back in the car to Explore Akureyri.

We headed into Akureyri, for a nose about town and to see what life was like in Iceland’s Second City, the capital of the North. We know it was a quiet off-peak time but, wow was it quiet. Considering this is one of Iceland’s biggest Cities and the biggest in the north, it’s nothing more than a really quiet town.

That’s not a criticism, it is really lovely. Peaceful clean and stunningly situated on the Fjord. We had heard great things about Moes Fish and Chips but it was still early to eat so we wandered around town a bit and explored.

We then decided we would head back to the hotel to make use of the Facilities, One of the reasons for choosing Hotel Sveinbjarnargerdi was the onsite Hot Pot, So we decided to head back and take a little soak before dinner.

We got to the Hotpot at the worst possible time. It was completely empty and we had it all to ourselves, however, the ominous sight of a tour bus in the parking lot showed things were about to get busy. After 5 mins and the first of the tour bus crew arrived at the hotpot, followed closely by another, then another. within 10 mins we had been joined by 15, out of 30 Swiss Travellers, all wanting to take turns in the tub.

This was a shame as the tub was gorgeously hot. There was a natural pool to cool off in, then back in the tub. The view over the Fjord was stunning, but sharing it with such a large group, who like all large groups, had become very loud was just no fun at all so we headed off to get changed for dinner.

As we came back out the group had left the tub and it was all quiet again, oh well.

Off back into town to pick up Moes Fish and Chips, but we were to be disappointed as he has shut up shop for the day. We looked around but most food options were very pricey eat-in affairs and we were just not in the mood for that this evening. Eventually, we found a Kebab-Shop. Not the healthiest option but in Iceland, it was actually a pretty good shout. The meat was pretty lean and the salad fresh and it was served on a light wrap. We ate this overlooking the Town before heading back to settle in for the evening.

We set up Aroura Watch but the sky was very quiet with just a few flecks of light beaming down through the clouds. It was a shame as I really wanted to sit in the tub watching the lights perform overhead, but it was not to be.

We had an early start tomorrow, and a busy day, so got a pretty early night. 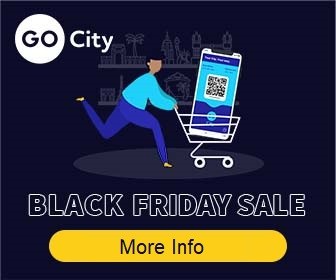