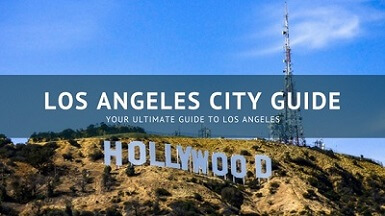 After a good sleep, I awoke at around 5:00 am, my Body Clock at midday. So a good lie in even if it was still dark out. After checking the weather and the news I geared up for a quick run down the Santa Monica beach. It was cold dark and drizzling and reminded me of running at home. As I returned to the hotel, the day was beginning to break as there were chinks in the cloud cover too.

After a quick breakfast in the Suite, we headed out. The Sat Nav decided our route to Holywood was to be straight up the Santa Monica Boulevard, this filled me with dread as the traffic can be hellish on the boulevard. Early Sunday morning was not an issue. The weather was still cool and cloudy but was at least dry.

The plan for today was to do a Hollywood celebrity homes Tour. While looking around Hollywood before heading over to Malibu for lunch, then back to Santa Monica for the Pier.

We arrived at Hollywood and parked up in Hollywood Highlands then headed out onto the boulevard. It was still early and not much going on other than homeless people wandering around. Outside the Chinese theatre, there was some filming going on for a new cop show called the Rookie(the Program). We have never heard of it and don’t know if our background cameo will ever make the screen. But was still cool to see some actual filming in Holywood. As the day was quiet our tour was delayed until 10:00 am which was problematic as we had reservations for lunch in Malibu and would not have time to squeeze in the observatory.

The tour was booked through Rockin’ Hollywood as part of our LA Go Card. The tour, however, appeared to be wholly run by Starline Tours. This is a relief as we don’t know much about Rockin’ Hollywood, but Starline is a big company and we know we would be in good hands.

For us, a Hollywood homes tour is just a bit of fun. It’s not something we take too seriously and we were joined in our bus by a group of girls (mother and Daughters) From L.A. who were definitely in the mood to make the tour a laugh. Our tour Guide Craig also approached the tour in a lighthearted way. The serious Home stalkers no longer take tours like this and head out themselves to stalk their favorite Celebs. We have no interest in that. Just want a taste of living on the other side.

Craig took us on the prescribed route around the hills first. Showing us several Celebrity homes including The Original Dracula and  We also enjoyed some great views of Hollywood and downtown L.A. and the Current residence of Katie Perry. We then headed round to Studio City with great views of the San Fernando Valley and Universal Studios (tomorrow’s destination) Up here, we saw Justin Bieber’s first house along with Gwen Stefani’s fabulous pad. Craig also pointed out plenty of Spectacular houses that were not celebs but Just incredible homes.

As we crossed back to the Hollywood side of the hills we saw the incredible ridge with the houses of Lockridge Rd and My wife’s Favourite Channing Tatum. The Holywood power couple certainly had great taste as this is the most beautiful house we saw on the tour.

We then dropped down to explore the super affluent areas of Bel-Air, Holmby Hills, and Beverly Hills. Including the house, Micheal Jackson died in, and Elvis’s L.A. Residence. We then headed past a few more homes including the late Carrie Fishers home and her late mother Debbie Reynolds home along with the hilltop retreat of Jay-Z and Queen B. We then explored the shopping mecca of Rodeo Drive and back to Hollywood. Finally passing the Ironman House perched up on the hill overlooking Hollywood owned by the daughter of Larry Ellison.

While we went on the tour as just a bit of fun we actually really enjoyed it. We often do things like this ourselves and follow internet rumors and sketchy directions and rarely find anything of note. Our guide was like an encyclopedia and pointed out so much interesting stuff on the way. He was also pretty Car obsessed so we got a running commentary on any fancy cars we saw…Which was a lot. This tour could easily be a Car spotting tour!

We certainly saw an awful lot more in the two hours than we could have ever found by ourselves. Of course, we were disappointed to learn there was no Fresh Prince mansion and the Playboy mansion was inaccessible, not the fault of the Tour company though. Overall we had a great time and highly recommend it. Really the worst thing about the tour is trying to recall where we had been and what we had seen! I intended to use a GPS tracker but completely forgot to press go! There really was a lot on the menu.

The tour was advertised as 2 hours but ran over. Leaving us at Dire risk of missing our lunch reservations. We quickly piled out of Hollywood and again our Sat Nav took us down Santa Monica, this time the traffic was bad and we crawled our way back to the coast then onto PCH across to Malibu. As you can tell from the photos the weather had improved but we still had heavy cloud cover, and it was pretty cold especially in an open-top van.

We made the restaurant in the nick of time. If you are wondering why the worry over reservations well it’s not just any old restaurant but Nobu Malibu. We went through quite a bit to snag these and did not want to miss out!

We Paid the Valet and went in to eat. Here we intend to go into a bit more depth separately so won’t go into too much on the live blog. We ordered spicy scallop Chips, Mini Tuna tacos, Squid Pasta, Rock Shrimp Tempura, and some Hand rolls, along with some unfiltered Sake and Kate’s favorite Lychee Martini. These are apparently much better than I make at home, but I’m not so sure. The meal was utterly fantastic and the setting is truly magical. Around this time the sun finally made an appearance. As the clouds rolled back to reveal Los Angeles trademark blue sky…Finally.

After a fabulous lunch, we spent time on the beach trying to digest the $140 bill (+tip) by taking a stroll along the beachfront. The sun was now shining strong and we finally began to forget the rain of yesterday. We had a go at paddling but the sea was still far too cold. So after a short walk along the coast, we headed back to the car and back up the PCH.

After a quick interlude at the hotel, we headed to our next Go Card activity the Pacific Pier. The prices on the Pier are quite staggering really $10 per ride and $32 for a wristband. We struggle to see the value in that for an aging attraction that only really gets by on its nostalgia element. But while the pier harks back to the good old days the Prices are very modern!

Our Go Card got us an included wristband though so all good. We played around on the Pier until sunset and head back to the hotel. Via Cheesecake factory again. This time just to grab the Cheesecake we missed out on yesterday. Smores Toasted marsh mellow and Reeses peanut buttercup cake cheesecake. We ordered to go and ate in bed watching trash on tv. Today we made it to 9 pm before passing out.

We need to Quickly mention our Accommodation for the Stay. Prices in L.A. for our visit were inexplicably high. We were not sure why. We had our heart set on Santa Monica and really struggled to find anything under $1000 for 4 nights! Even hostel accommodation was coming in at $600, and cheap L.A. Motels were $7-800. After a lot of trawling, we came across the Cal Mar Suites, which have a prime location in Santa Monica right on the coast and near all the shops and amenities. The Prices were quite a bit lower than anything else in Santa Monica, so we took a gamble.

When we arrived there was nothing to write home about. The Building was lowrise and not very pretty. Rooms were accessed via a small courtyard area with a small pool. The Rooms themselves were HUGE. Living and dining areas, Fully equipped Kitchen. Large bathroom and Large bedroom with a very big and very comfy bed. The Decor was straight out of the ’70s and the furniture had seen better days, the carpets were clean but pretty badly stained in places which is pretty unpleasant. Overall though the cleanliness was incredible. The place was spotless. Yes, there were Stains in places but it was not unclean.

Overall, considering the price and location we were quite happy as it was just our temporary home. It certainly wasn’t luxurious and some people may hate it for its old-fashioned appearance but Space and location made up for it in our opinion.

Tomorrow we head to the movies and the forecast was for the early low cloud to lift for a sunny day…Fingers crossed.