Chicago is often thought of as America’s Second City, Trailing behind New York in most avenues. It’s the Second Most Visited City, It has the Second tallest building and its population and Economic output are actually now down to 3rd after Los Angeles.

However, on many fronts, Chicago actually has New York and every other City Beat. It tends to do things better but New York gets the credit and the popularity anyway.

Chicago is a Mega Metropolis built from glistening steel and glass that looks as modern and futuristic as any city on earth. It is steeped in culture, has fantastic Cuisine, great hotels, and is packed with things to see and do. Anyone planning a trip to Chicago is unlikely to come away thinking anything like this is America’s Second City. In fact, they are far more likely to question why exactly New York is SO popular!

Our guide is designed to help anyone looking for that perfect stay in the City plan their trip and have a truly first-rate trip to the Windy City. Check out our articles below and get planning for Chicago!

Chicago Where to Stay – Best Places to Stay in Chicago

Chicago Weather – What is the Weather Like in Chicago?

San Diego Food – What to Eat in Chicago?

Getting Around San Diego – How to Get Around Chicago? 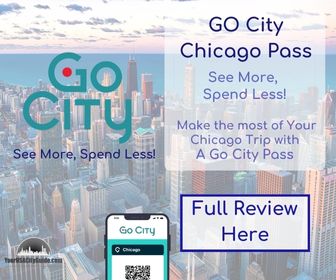